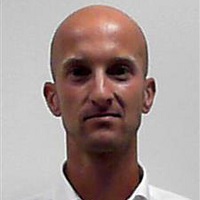 Gerald Kreindl is Business Development Manager for Nanotechnology and Lifescience at EV Group headquarters in St. Florian, Austria. He graduated in chemical engineering at the Höher Technische Bundeslehranstalt Wels in 2001. After 2 years working for Sandoz Austria a subsidiary enterprise of Novartis Pharma working on generic drug analytical development, he joined EVG back in 2005. In his current position Gerald is responsible for the development of new businesses in the field of organic electronics, nano- and biotechnology, microfluidics, optics, photonics, memory as well as nanostructuring. He has authored and co-authored more than 30 papers and presentations in these areas and holds several patents in the field of nanopatterning. 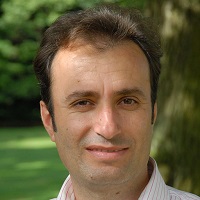 Aurel Ymeti is cofounder and CEO of Nanoalmyona BV, a high-tech Dutch company specialized in research and technology development, project management and new business development in Hightech Systems and Materials, including integrated photonics, Lab-on-a-Chip biosensing, optoelectronics, microscopy, and nanomedicine. He earned his MSc in Theoretical Physics from the University of Tirana, Albania in 1996, and his Ph.D. in Applied Physics/Nanotechnology from the University of Twente, Netherlands in 2004, working on the development of ultrasensitive multichannel integrated photonic (bio-)sensing platforms. Subsequently, he worked as a postdoctoral research fellow at the same university on development of portable devices for staging of HIV infection in point-of-care settings, later commercialized by Immunicon/Veridex (J&J). In 2008 Aurel cofounded Ostendum, a spin-off company of the MESA+ Institute for Nanotechnology of the University of Twente, focusing on the commercialization of extremely sensitive and label-free optical analysis methods for rapid detection of micro-organisms and biomarkers based on the Lab-on-a-Chip Nanotechnology, initially invented and developed by Aurel during his Ph.D. project. As CTO at Ostendum, he was responsible for the research and technology development, product management and new business development.

His work on photonic biosensors has been featured in many well-known international media publications, incl. MIT’s Technology Review, Nature, Le Monde, and BBC Focus Magazine and in 2007 the highly reputable business magazine Forbes has highlighted his work as one of the “13 Amazing New Nanotechnologies”. Aurel has received several awards including the prestigious European Lab-on-a-Chip Nanodevices Technology Innovation Leadership Award from Frost & Sullivan in 2013. 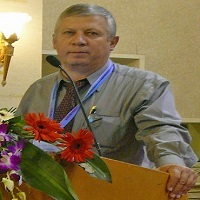 Liviu Popa-Simil is currently president of LAVM LLC, a private company developing nano-nuclear materials and THz applications as well as security systems, and the Executive Director of LAAS - Los Alamos Academy of Sciences, which strives to serve the public good by promoting science and innovation.Nuclear engineer and researcher Dr. Popa-Simil has built a reputation for excellence over the course of a decades long career. After graduating from the Nuclear Engineering Faculty in Bucharest, Romania, specialized in Fast Breeder Reactors Physics and Engineering, and with dissertation work in Laser-Plasma Jet Nuclear Materials enrichments, he has a broad engineering and computing background. Marquis Who's Who, the world's premier publisher of biographical profiles, is proud to present Liviu Popa-Simil, PhD, with the Albert Nelson Marquis Lifetime Achievement Award. An accomplished listee, Dr. Popa-Simil celebrates many years' experience in his professional network, and has been noted for achievements, leadership qualities, and the credentials and successes he has accrued in his field.

He introduced cutting edge technologies in industry, as robotics, material characterization using nuclear methods, interferential holography, sound and vibration based measurements, automotive and navigation electronics, etc., and took part in the study of various singular and abnormal phenomena. He rapidly advanced through his field, serving as an engineer-physicist, project coordinator and senior researcher for IFIN-HH (Nuclear Physics and Engineering Institute - Horia Hulubei), Accelerator and Nuclear Physics Application Division where he developed nuclear methods and applications in industry and environment, and initiated novel nuclear fuel research and pulsed power applications. He then served as Technical Director of Electron Trading, where he was involved in modernizing process control and automation in the processing industry. 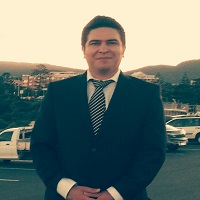 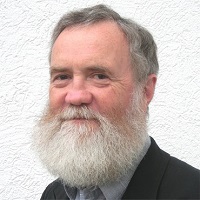 Head of the Department
Technical University of Ilmenau
USA

J. Michael Köhler is the head of the Department of Physical Chemistry and Microreaction Technology at the Technical University of Ilmenau (Germany) since 2001. He studied Chemistry in Halle an der Saale and Jena, where he also habilitated in General and Physical Chemistry (1992). He led a research department at the Institute of High Technologies in Jena between 1991 and 2001. During this time, he also taught at the Universities of Wuppertal and Jena. Professor Koehler inter alias has edited books on microlithography, micro system technology and nanotechnology. His current research interests are focussed on nanotechnology, on application of droplet-based microfluidics in nanoparticle syntheses and bioscreenings and on physicochemical aspects of sustainable chemistry.

nanoparticle syntheses and bioscreenings and on physicochemical aspects of sustainable chemistry 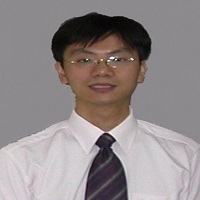 Liang was born in 1977. He got his Sc.B and Ph.D at Department of Chemistry, Tsinghua University successively in 2000 and 2005 respectively, then served as assistant professor here in 2005 and became associate professor in 2010. His research interests focused on microfluidics, chromatography/mass spectrometry and their application in biological or biomedical analysis, funding by several national major programs (MOST, 973, NSFC, MOE). He has published over 70 peer-reviewed papers with over 1000 citations in the Web of Science, co-authored five academic monographs, and filed 8 invention patents. He honored once of the National Scientific and Technological Advance Prize and several other academic awards. He is now the executive member and academic secretary of committee of Chinese Biopharmaceutical Technology Association (CBTA), and member of committee of Biochip, China Medicinal Biotech Association, as well as among the editorial board of the Pharmacopoeia of P.R.China (English Edition). 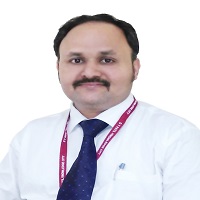 Dr. Prashant Chaudhari currently works as Assistant Professor at the Department of Engineering Science (Chemistry), Dr. D Y Patil School of Engineering, Lohegaon Via Charholi, Pune. He has published many research articles in international journals and filed several patents. He is a member of editorial board of many reputable scientific journals also serves as a reviewer for various prestigious journals. He is a member of the organizing committee's numerous international conferences in Europe and Asia.